Tonight was Quantified Self Toronto #15.

Eric, Sacha and Carlos shared about what they saw at the Quantified Self Conference in California.

I presented my data analysis of a year of my text messaging behaviour, albeit in slidedeck form. 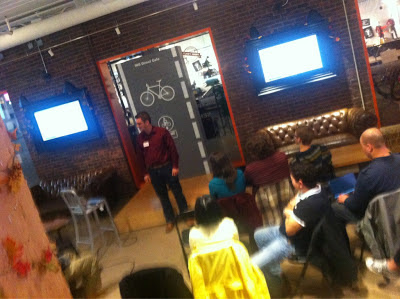 Sharing my analysis was both awesome and humbling.

It was awesome because I received so many interesting questions about the analysis, and so much interesting discussion about communications was had, both during the meeting and after.

It was humbling because I received so many insightful suggestions about further analysis which could have been done, and which, in most cases, I had overlooked. These suggestions to dig deeper included analysis of:

Again, it was quite humbling and also fantastic to hear all these suggestions.

The thing about data analysis is that there are always so many ways to analyze the data (and make data visualizations), and it’s what you want to know and what you want to say that help determine how to best look at it.

It’s late, and on that note, I leave you with a quick graph of the weekly number of messages for several contacts, as a proxy of relationship strength over time (pardon my lack of labeling). So looking forward to the next meeting. 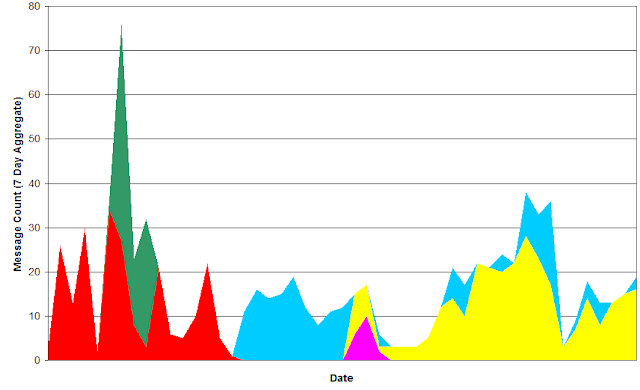 Carlos Rizo, Sacha Chua, Eric Boyd and Alan Majer are the organizers of Quantified Self Toronto. More can be found out about them on their awesome blogs, or by visting quantifiedself.ca