A little while ago I spoke again at the Toronto Data Science Group, and gave a presentation I called “Machine Learning for Humans”:

I had originally intended to cover a wide variety of general “gotchas” around the practical applications of machine learning, however with half an hour there’s really only so much you can cover.

The talk ended up being more of an overview of binary classification, as well as some anecdotes around mistakes in using machine learning I’ve actually seen in the field, including:

All in all it was received very well despite being review for a lot of people in the room. As usual, I took away some learnings around presenting:
Dan Thierl of Rubikloud gave a really informative and candid talk about what product management at a data science startup can look like. In particular, I was struck by his honesty around the challenges faced (both from technical standpoint and with clients), how quickly you have to move / pivot, and how some clients are just looking for simple solutions (Can you help us dashboard?) and are perhaps not at a level of maturity to want or fully utilize a data science solution.
All in all, another great meetup that prompted some really interesting discussion afterward. I look forward to the next one. I’ve added the presentation to the speaking section. 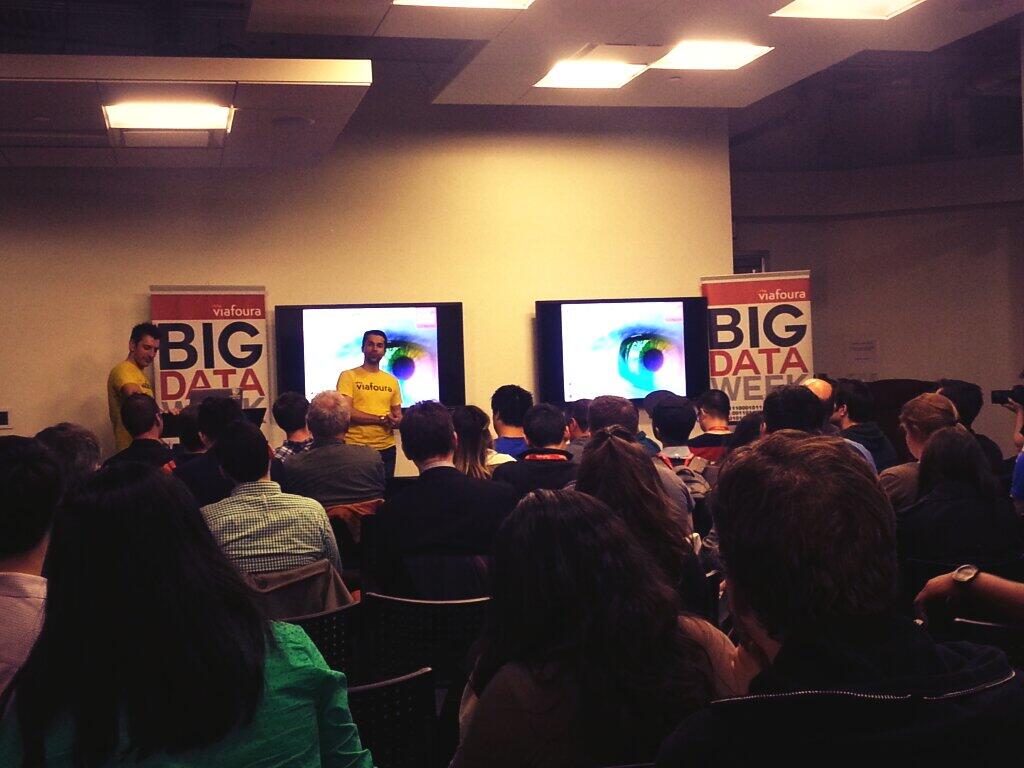 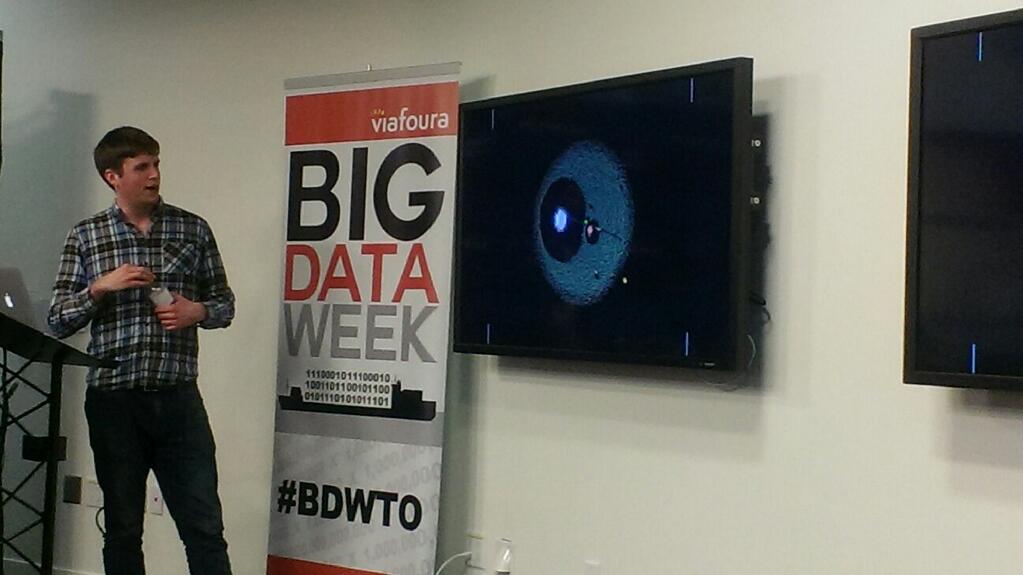 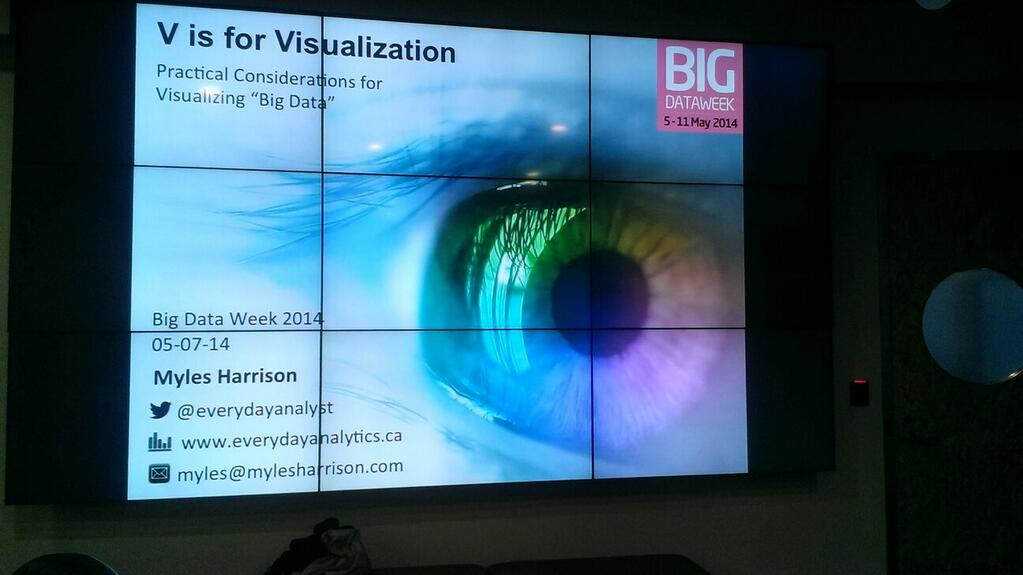 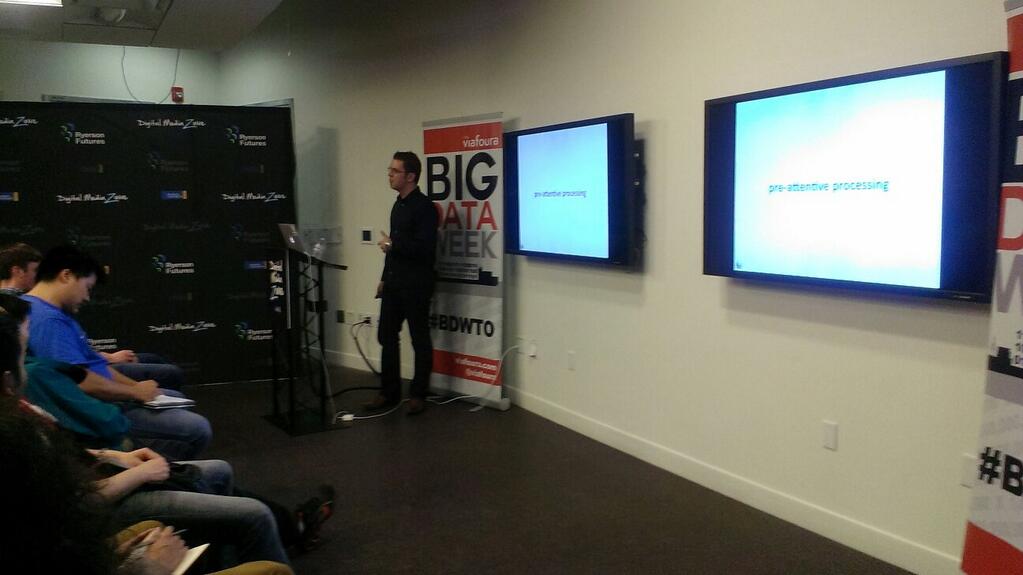 I’ve been thinking a lot lately, as I do, about data.

I remember when I was in elementary school as a young child and a friend of mine described to me the things of which he was afraid. We sat in the field behind the school and stared down at the gravel on the track.

The thing that scared my childhood friend was infinity; or perhaps not the infinite, but just very very large numbers – the quantities of the magnitude relating to that thing everyone is talking about these days called Big Data.

And that’s the sort of thing I’ve been thinking about lately.

I don’t remember the exact figure, but if you scour the internet to read up on our information age, and in particular our age of “Big Data” you will find statements similar to that below:

…. there has been more information created in the past year than there was in all of recorded history before it.

Which brings me to my point about the Top 0.1%.

Or, perhaps, to be more fair, probably something more like the Top 0.01%.

There is so much information out there. Every day around the world, every milliliter of gas pumped, every transaction at POS, every mouse click on millions of websites on the internet is being recorded, and creating more data.

Our capacity to record and store information has exploded exponentially.

But, perhaps somewhat critically, our ability to work with it and analyze it has not.

In the same way that The Ingenuity Gap talks about how the complexity of problems facing society is ever increasing but our ability to implement solutions is not matching that pace, we might be in danger of similarly finding the amount of information being recorded and stored in our modern world is exponentially increasing but our ability to manage and analyze it is not. Not only from a technological perspective, but also from a human perspective – there is only so much information one person can handle working with and keep “in mind”.

I know that many other people are thinking this way as well. This is my crude, data-centric take on what people have been talking about since the 1970’s – information overload. And I know that many other authors have touched on this point recently as it is of legitimate concern; for instance – acknowledging that the skill set needed to work with and make sense of these data sets of exponentially increasing size is so specialized that data scientists will not scale.

Will our technology and ability to manage data be able to keep up with the ever increasing explosion of it? Will software and platforms develop and match pace such that those able to make sense of these large data sets are not just a select group of specialists? How will the analyst of tomorrow handle working with and thinking about the analysis of such massive and diverse data sets?

Only time will answer these questions, but the one thing that seems certain is that the data deluge will only continue as storage becomes ever cheaper and of greater density while the volume, velocity and variety of data collected worldwide continues to explode.

In other words: there’s more that came from.